On Thursday 26th May, Northampton Football in the Community held the annual Heads-Up mental health tournament at the Sixfields Stadium. 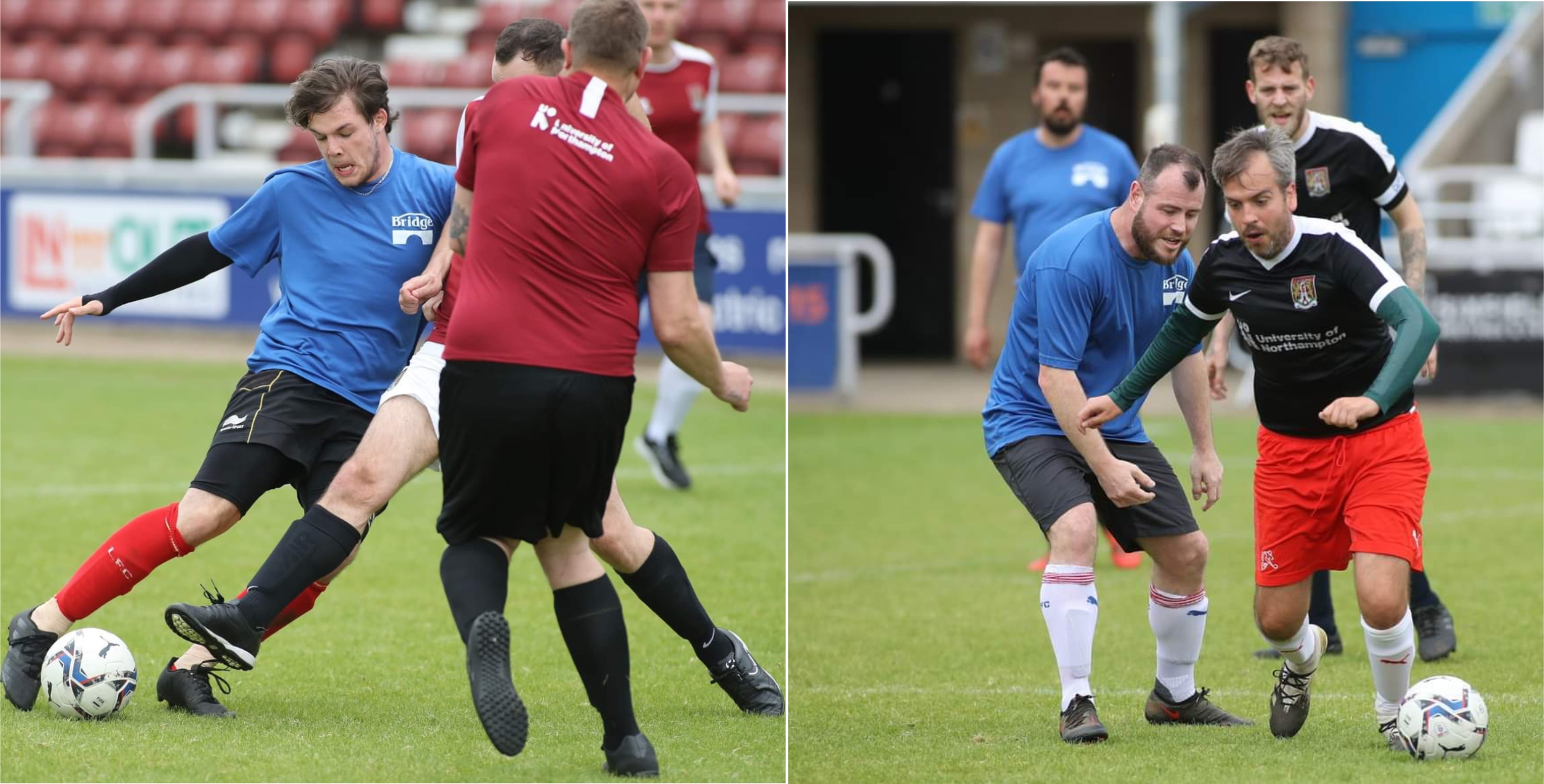 There were 9 teams that entered, and Bridge managed to field two teams. Each team played each other once, both Bridge teams had a record of 6 wins and 2 losses, which progressed both teams through to the semi-finals. Bridge 1 played Keep Scoring FC. In their earlier game Keep Scoring FC came away with a narrow 3-2 win, but In the Semi Final Bridge kept the score at 0-0, and were unlucky not to get a goal, onto pens it went.

Bridge lost the penalty shootout 5-4. Bridge 2 played St Andrews, after a tight fought game St Andrews came away with a 2-1 win and progressed to the final.

After a very long and tiring day for both Bridge teams, they can be proud of getting to the semi-finals in a friendly but competitive tournament. Thank you to all Bridge members who attended and made it a great day, and to Russell Lewis whose hard work of organising the day, made it enjoyable to all that took part.
Our next tournament will be in the summertime at St Andrews for their annual tournament.
Aaron Donoghue